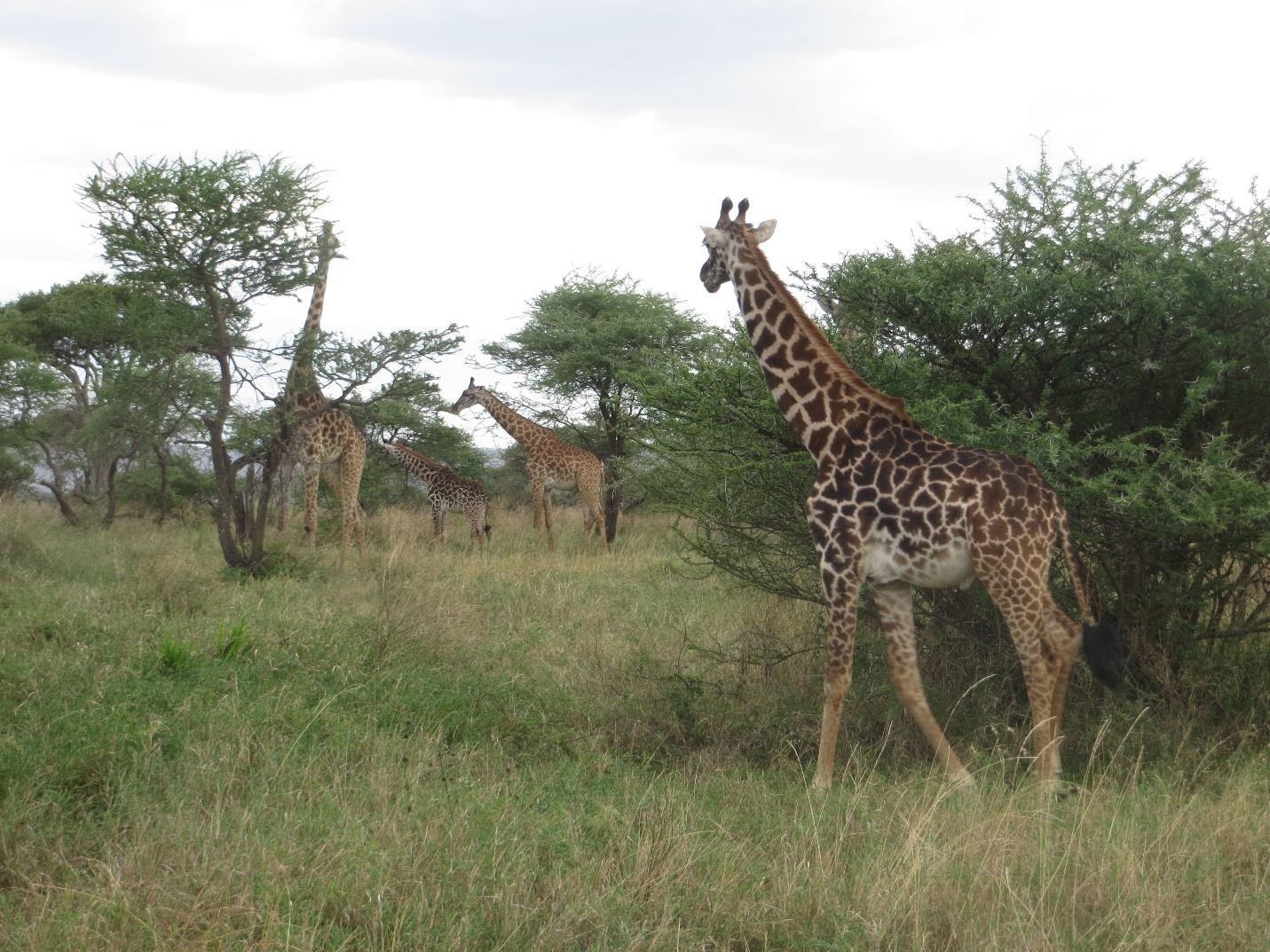 I remember it was late evening. I remember the river. From the airplane more than 30,000 feet in the air, through tired eyes, I saw the river. It lay upon the land, bending and curving like an enormous, dormant serpent. It was illuminated by the light of a glorious sunset, stretching infinitely in either direction, stretching my heart.

Night had fallen by the time the plane landed at Kilimanjaro International. One cannot see Mount Kilimanjaro from Kilimanjaro International, despite the airport’s name and even if it was daytime. Catching sight of the mountain was an unprioritized part of the itinerary – I wasn’t going to climb it and so I was not expecting to be near it. The hotel’s website mentioned in passing that one could see the mountain from its rooftop lounge, but I figured that was just another selling point to tourists.

It was even later into the night by the time I reached the hotel. My room had a large window that I left open; I closed its netted pane to prevent insects from entering. Yet, I wanted them to enter: their cricketing, buzzing and humming. I wanted to hear the croaking of toads and feel the cool breeze of the night.

I was in no rush to get up early the next day; I’d purposely reserved a full day to stay at the hotel to recuperate from Toronto → Amsterdam → Kilimanjaro International. Upon awakening, though, my first thought was try to spot Mount Kilimanjaro.

“Kili is shy,” a local told me. I did not know what this meant. No worries – or hakuna matata1 – I’d make the first move. I climbed the hotel stairs to a very small landing that had a doorway, which I walked through to enter the rooftop lounge.

Mount Kilimanjaro stood right before me; I did not have to squint to see her in the distance and so my eyes did the opposite: they widened. I do remember – and have remembered this sensation many times since – that my heart lifted; lifted beyond my preoccupations, my very body, it seemed. Kili stood there – ancient, pristine and beautiful, and much, much closer than I had expected. And I stood there too, rendered silent. That was one of the too-few times in my entire life that my thinking actually stopped, and this would happen more than once in Tanzania.

I’d written in a fiction piece for the literary journal Peregrine that Kilimanjaro seemed like the abode of something more beautiful and heavenly than the mountain itself. Perhaps that something is Kilimanjaro’s spirit – not separate from the mountain but one and the same.

I spent most of that day looking at Kili and understood why she was considered shy: often, the mountain would be shrouded in clouds. If one were to enter the lounge during such a time, one may not realize Africa’s tallest mountain stood behind a veil of billowing white. The rooftop’s vantage points nevertheless allowed for spectacular vista-views of Tanzania’s lush, green landscape. Further in the distance stood another magnificent mountain: Mount Meru. From the rooftop, 4,562 m Mount Meru was part of the foreground for the most spectacular sunsets I have ever witnessed.

My guide, Peter, met me early the next morning and I beheld what would be one of the great beasts of safari experiences: the safari jeep. A hulking, moving metal mass that could carry up to ten passengers, it held two large gasoline tanks (distances between safari regions were quite long), a multiple-port, multiple-device electronic charger and what seemed like a command-center dashboard of complex gauges, meters, readers, sensors and other unrecognizable (to me) technologies. It had a retractable and raiseable roof, a tank containing drinking water and it came stocked with powerful binoculars. One of the more remarkable features of the jeep was what I could not see but what Peter revealed – the jeep was not initially manufactured to be the length it was. It was “stretched out” by mechanics specifically for the safari experience. I’m not a mechanical expert, but I found this exceedingly remarkable.

Peter was good company. Sometimes we’d talk at length; sometimes lengthy, silent stretches of time would pass. His job was much more than navigating terrain and answering questions on flora and fauna – he was constantly vigilant for those very things, and so our stretches of silence were perhaps less tranquil for him than they were for me.

That was why he’d seen the lioness first. Tanzania was in its dry season at the time; the tall grasses of the Serengeti2 were almost parched golden. Still, the lioness left her camouflaged realm, stood atop a termite mound and I was able to witness her up close:

A true warrior queen. Her muscular, lithe body bearing battle wounds, she surveyed the vista before her with weary yet intense alertness; her attention immediately perking up if she detected a sight, sound, or scent of interest.3 Later, I would consider her a profound example to emulate: to dedicate your time and your efforts – even the very slightest of them – to what truly matters.

This isn’t to say, though, that lions aren’t also leisurely.

The lioness and the lion are indeed warrior queens and warrior kings, but the lion being known as “The King of the Jungle”4 is grossly inaccurate for two reasons: the lesser obvious being that African lions do not live in habitats remotely like jungles – their resting and roaming grounds are open savannahs.

But even so, it still remains inaccurate to bestow the title of “King of the Savannah” onto the lion. In fact, no carnivorous predator holds that title – it goes to a very staunch vegetarian. This is not to imply that this heavy, hulking herbivore will hesitate to rip your body to a pulp were you to come too close – or trespass – on its territory. It will mercilessly toss and throw you around like its plaything and leave you for carrion or those very carnivorous feline predators who themselves are terrified of the King of the Savannah:

Were you expecting the elephant?5 Look at it: large and lazy-looking6 with a goofy smile. And purple. If it could manage to stand upright on its hind legs, it’d almost look like Barney the Friendly Dinosaur. The hippopotamus is emphatically not friendly. No other animal in Africa inspires as much palpable fear and signage near its habitat that all basically and blatantly warn: Stay the fuck in your vehicle.7

Ngorongoro Crater, the now-lush remnant of a massive ancient volcano, does contain hippos. Even so, I concluded here must be where the Garden of Eden actually was and still is. It is a place of absolute wonderment and the other place where my mind absolutely quieted. Many of Africa’s well-known animals make their home inside that crater-cradle: elephant, hyena, countless zebra and wildebeest, hippopotamus, lion, rhinoceros, warthog, flamingo and many, many more. It remains one of my and Peter’s most beloved safari spots.

The Garden of Eden was proselytized to be the home of the first man and woman. Not so? Well, one knows not so, but nearby Ngorongoro Crater is this:

I took hundreds of stunning photos of wildlife and landscapes, yet the photo above – one of the most aesthetically unremarkable – is also the most anthropomorphically significant. Indeed, if one was unaware of what it was, one’s eyes would pass over it as one’s jeep rumbled onward. This seemingly unstartling spot is the exterior of Oldupai Gorge.

Oldupai Gorge is otherwise known as the birthplace and cradle of humanity.

For all the religious and regional pilgrimages we crisscross the planet, so confident of who we are – Oldupai Gorge is the one place where no one can deny: here is where we’re from.

Oldupai, followed by the Edenic Ngorongoro Crater, marked the beginning of human beings and the end of my time in Tanzania. These parts of Africa may have caused my mind to quieten, but not my memory: it is an unforgettable place. The very being there accesses this raw place within you that, too, is unforgettable.

That place is who you are.

Tristan Marajh is a Winner in The William Faulkner Literary Competition (2020) and his work appears in down river road, The Bombay Review, Existere: A Journal of Art & Literature and others. Born in Trinidad and Tobago, he resides in Toronto, Canada.

2 thoughts on “Tanzania: That Place Is Who You Are”