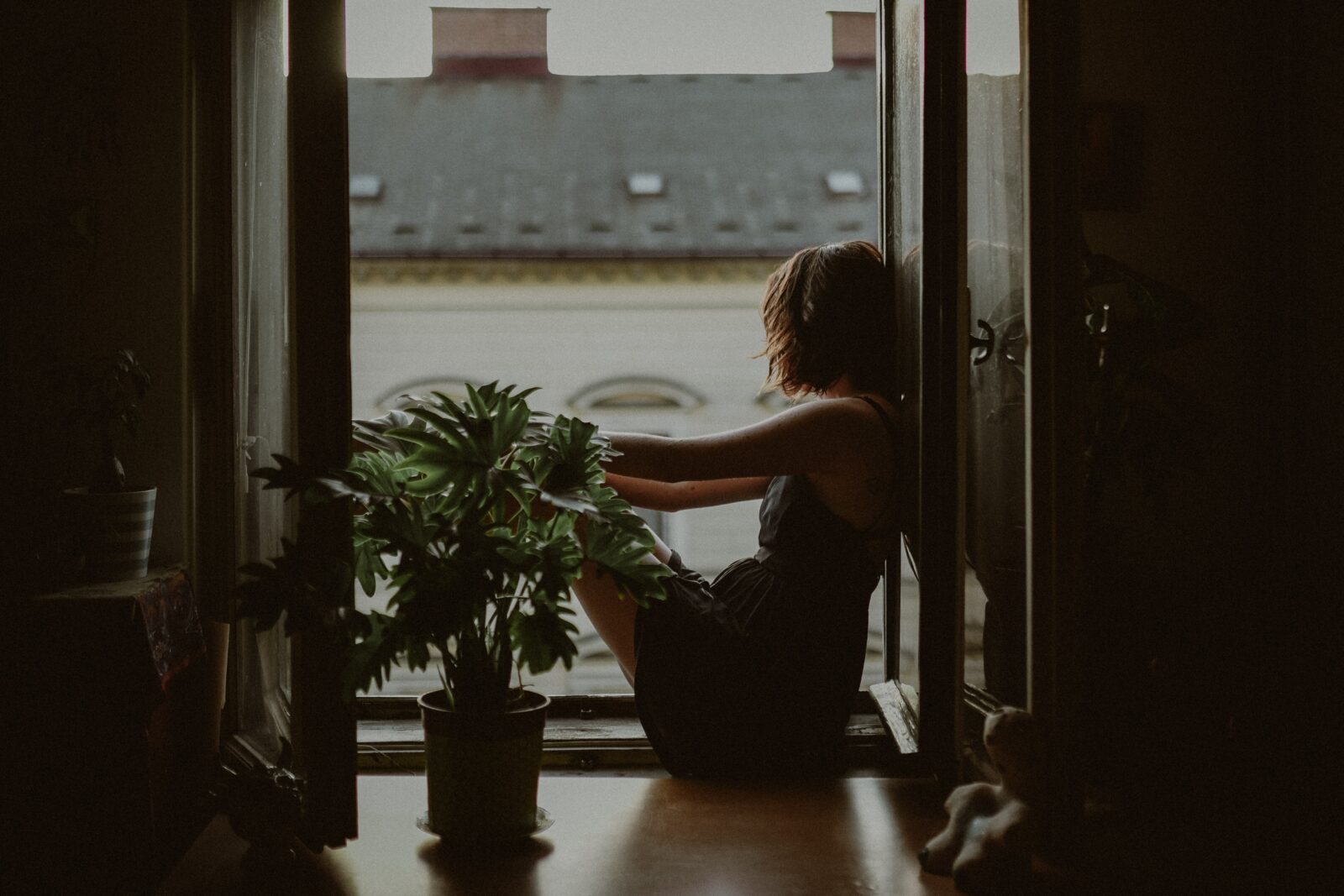 COVID 19 has carried much more than the deadly virus across the globe. It has started another pandemic which has far more outreach and far too less outcry, that of domestic violence. While the stay-at-home-and-stay-safe orders were absolutely critical to mitigating the tsunami-like effects of the virus, it has resulted in domestic violence across the globe taking a big hit. With victims being cooped up with their abusers and homes being turned into pressure cookers due to the restrictions, frontline domestic violence workers have already seen a jump in domestic and family violence cases. Across the globe, there’s been a sickening increase in physical, mental, and emotional abuse of vulnerable women and children.

A couple of weeks back, when I checked in on a work colleague from whom I hadn’t heard in a while, I was told that she’s in hospital in a very critical condition. My colleague was quite severely assaulted at home by her partner for some years. It didn’t come as a surprise to me as I live in Australia, and believe me, Australia’s record in domestic violence which was shameful before the pandemic has now seen a 14 percent hike in it.  On average, one woman every week is killed by her current or ex-partner in Australia and one in every four women has experienced emotional abuse from a current or former partner.

The cases of domestic violence in just the past few weeks is a frightening indicator. In Brisbane, a man torched a car that had his wife and three children (all under the age of 10), killing all four of them. Surely, nothing can be more frightful, dreadful, and reprehensible than this. Other cases have seen a woman strangled to death and another stabbed to death at the hands of their ex-partners, within 80 km of each other in NSW. In Chatswood, a woman found dead in an alleyway is believed to be a victim of domestic violence. A fourth woman is fighting for her life in a hospital after her partner allegedly slit her throat in Sydney. Each of the attacks took place in the women’s own homes and this is in spite of the fact that the Australian government has a very proactive support system to mitigate domestic violence. Clearly, it’s a very weak system that has failed all the victims so far.

Cities across Australia, Europe, and the U.K. are reporting a big surge in calls to helplines. In the so-called civilised U.K., deaths from domestic violence have more than doubled during COVID-19 restrictions, and calls to helplines for women have surged seven-fold. In South Africa, there were nearly 90,000 reports of violence against women in the lockdown and the numbers continue to rise. Meanwhile, in Turkey, the killing of women has risen sharply since a stay-at-home order was issued on March 11. The number of reported cases in Lebanon, Malaysia, and China have in fact tripled since the start of the pandemic. These statistics not only make for a sad reflection on the society we live in but are enough to make anyone go sick in the stomach!

Looking into human behaviour over the past few centuries, the human race could qualify to be the most uncultured, uncivilised and heartless species on this planet. It’s shameful, reprehensible and disgraceful! I challenge anyone who disagrees and will debate them with facts and figures without any bias.

Even before the pandemic, in the U.S.A., an average of 20 people experienced domestic violence every minute. Research shows 1 in 4 adult American women and 1 in 7 adult American men have experienced some type of severe violence – kicked, beaten, or being burned on purpose at the hands of an intimate partner. So much for a democratic and highly developed country that projects itself to be the champion of human rights!

The Indian scenario is no better where a large percentage of women are emotionally and physically tortured, beaten and killed. According to the latest report prepared by the National Crime Records Bureau (NCRB), a crime against women is recorded every three minutes in India. Every 60 minutes, two women are raped in this country. Every six hours, a young married woman is found beaten to death, burnt, or driven to suicide. These human costs are paid by young women and by mothers, thereby creating an intergenerational trauma, particularly within vulnerable populations.

It is a big myth that such crimes are associated only with people living in poverty or slums, whereas the fact is it’s happening as much among the well educated and economically privileged society. The armed forces and civil services are not immune to it either. I remember, recently some Indian celebrity reported domestic abuse, which just goes on to validate that even the most accomplished individuals are victims. While the actual numbers of incidents go unreported, the bruised face, elbow, or neck always tells a story. Unfortunately, it’s the silence over domestic violence that emboldens the perpetrator, and therein lies the problem.

It makes one introspect and ask some very important questions. Have pre-existing strained relations and rising socio-economic distress in addition to increasing anxiety and isolation, and the possible trauma of future uncertainties led to an escalation of such horrendous crimes? Is it the already-deeply-rooted mindset, upbringing, and family background that has brought such animalistic, intimidating, and controlling behaviours to the fore? Alternatively, is it when people feel powerless in one area of their lives, they often seek to establish more power over other areas? A challenge to one’s established status quo within society translates into insecurities which are asserted with increased force at home. This is particularly perilous in domestic violence situations, because domestic abuse is, at its core, an effort by one partner to dominate and establish psychological, emotional, physical and sexual control over the other partner.

I really wonder if there is a road map across the globe to achieve some effective control over this heinous crime during natural disasters like COVID 19. If not, then it is clear we must prioritise and provide resources for the identification and monitoring of family violence perpetrators to keep women and children safe, while having a structure for the rehabilitation for the domestic abuse survivors in place.

In the absence of adequate awareness and sensitisation, focused financial assistance, easier availability of proactive constraining measures and random household checks of known, high-risk perpetrators (with the necessary written permissions given by the woman of the household to conduct such periodic checks), will be critical during the lockdown.

With police resources and personnel strained by implementing coronavirus-related restrictions, I hope the state governments are thinking about the fallout of the continued lockdown. The prevention of domestic violence requires a structured approach at a family-level, community-level, representation in local/municipal government bodies. The political will to invest in social support services, such as online counselling and telephone support lines; social mentors and role models; organised community programs for youth and families; a school environment that promotes prevention of abusiveness in any relationship. Further, the formation of volunteer groups, virtual meetings, facilitating pro bono lawyers, and health practitioners within the community circuit can be done.

Individually, we can all take action to avoid or reduce the potential emotional, psychological, and social impacts of COVID-19. Access to accurate and realistic information about the pandemic is the key to help avoid fear-mongering and hysteria. I strongly feel that all the WhatsApp messages/fwds from family and friends has led to a lot of misinformation and has in fact added to extreme fears. Since fear leads to anxiety and has its own fallout, let’s talk less about COVID 19 and promote faith, health consciousness, and emotional support to each other.

Domestic violence needs to be addressed as a serious crime within our society and together, we can all make a difference. The best place to start is within our home. It’s not easy for someone being abused to just get up and walk out because it’s not always as simple or straightforward as that. Women stay with abusive partners for all kinds of reasons – they love them, they fear them, they have children with them, they believe they can change them or they simply have nowhere else to go.

The only way women can break the cycle is by taking action and start by telling someone about the abuse, whether a friend, loved one, or even a national domestic violence hotline. Women entrapped in violent relationships need to know that there’s no shame and social stigma in talking about and walking out on their abusive partners. This can only happen if the woman has full trust and support from her parents and extended family who will back her emotionally, financially, etc. if the need arises.

Keeping silent is not an option. Action changes the outcome, so spread the word and support those who need help. Who knows, you may be the next one to have saved a life.

Major Anil Datta, graduated from St Stephens College, Delhi and went on to serve with the elite Black Berets of the Indian Army. A die-hard ‘tank man’, he considers his years in uniform as the best time of his life and the tank his first love. A resident of Australia since 1994, he firmly believes that ‘you can take an Indian out of India but can’t take India out of him.” A proud Dad of a daughter and a son, he believes in equal rights for women and feels the urgency of tackling crimes of violence against women at all levels.
He loves old Bollywood films and music. He lives in Melbourne.