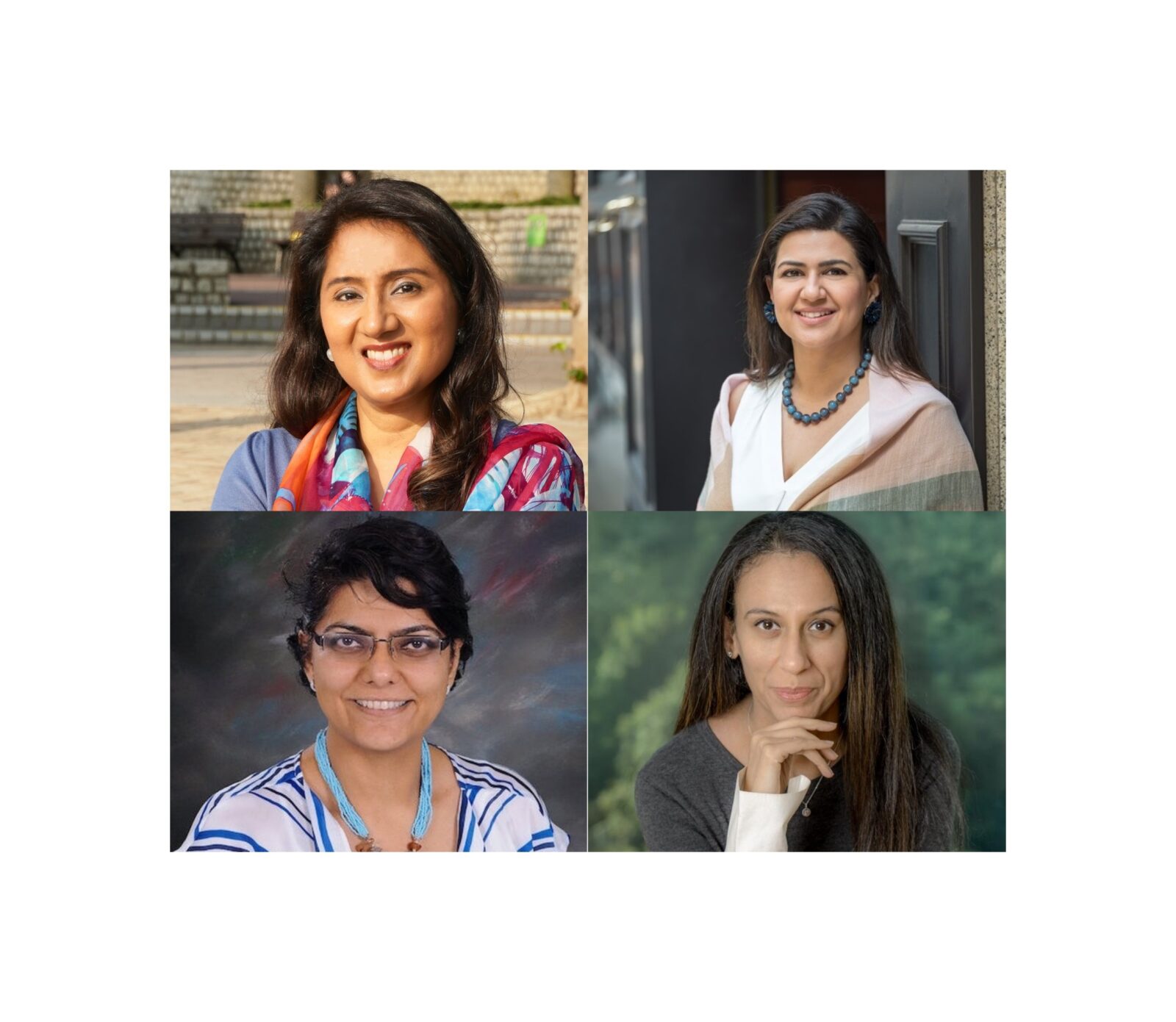 Countries are melting pots with a diverse population of people made up of different ethnicities. Co-existing with the dominant population, these communities often experience resistance, prejudice, and discrimination. Thus, representation for minorities matters and is imperative in helping them integrate into a culture that speaks, dresses, and lives differently.

With ethnic minorities in Hong Kong at approximately 4% of the bustling city’s population, the underrepresentation of these communities in the Hong Kong Government’s advisory bodies prompted ‘The Zubin Foundation’ a ‘think tank’, to develop a ‘Diversity List’ in 2016. It comprises qualified individuals from the EM community to represent their people on 36 HK Government advisory boards. The 2020 list includes 24 women, from different professional backgrounds and nationalities including India, Nepal, Pakistan, and Indonesia.

The Hong Kong government has supported the initiative since it first started, recognising the importance and contribution of the 200,000 plus minorities in HK. “One in four ethnic minorities in Hong Kong live in poverty, of these, the women and children undergo more marginalisation because of lack of funds, financial independence and the language barriers,” says Shalini Mahtani, founder of the Zubin Foundation. With the HKSAR government’s target of having 35% women on government advisory and statutory bodies, Shalini added that “We at The Zubin Foundation wanted to ensure that women from the ethnic minority community are being considered in this target.”

Coffee and Conversations spoke with four of the nominated women to learn about the roles they hope to play in making the voices of their minority community heard.

This year’s list has drawn additional attention being an all-women board and the significance is not lost on the nominees.

As Ritu Hemnani says, “In our rapidly evolving world, rich in diversity and ethnicity, women bring a voice, perspective, approach and outlook that strengthens the debate, decisions and empowers others to transcend the limits of society and build themselves a better future.” “We need more women on boards, period”, adds Mehvesh, as she informs us of statistics that show how underrepresented women are on corporate boards, holding only 17% of global corporate board seats. She finds it rather shocking that women make up only 22% of non-profit boards across Asia, showing how under-represented they are on non-profit boards as well. “In current times, this list serves an important purpose, and it allows young ethnic minority girls to see our voices matter, and they too can excel and strive for leadership positions,” is Angela Baura’s opinion. Resham who feels humbled to be in the company of such highly accomplished movers and shakers of the Hong Kong community is looking forward to connecting and collaborating with them and is eager to contribute and have a say in the future of Hong Kong.

The nominees are well aware of the additional challenges the COVID crisis has presented to the minority communities in Hong Kong and worldwide.

“Vulnerable communities like marginalised ethnic minorities have been disproportionately impacted by the pandemic. They are often on the front lines with at-risk and low-paid jobs that put them in close contact with the public. These jobs are not always protected or covered by government protection schemes” informs Angela. Mehvesh worries that the pandemic has “exacerbated existing challenges”, and is having an “amplified disproportionate impact on ethnic minority women”. Ritu says, “Recent layoffs in the airline and catering industries, (which are two big employers of minorities), have left them especially vulnerable. They have struggled to obtain masks, hand sanitisers, bleach, hand soap and thermometers – basic necessities we take for granted”. Resham suggests further research, recognising that within the EM communities there are subgroups. While some have sailed through the crises better than others, many due to their language capabilities, work skills, and social status have experienced unemployment, domestic violence, and low online learning engagement, she adds.

It is no easy task to ensure that future generations of ethnic minorities receive equal opportunities in HK, and an initiative like the Diversity List is imperative if not crucial.

As Mehvesh says, it’s “more than just a list that showcases capable and motivated people who want to make a difference in their home city. It’s a spotlight, a reminder to ethnic minority girls and women that they have a voice.” In a population of 7.5 million people, to give the younger generation of EM’s “something to identify with and provide possibilities and hope is incredibly valuable” adds Resham. Ritu who was born and brought up in Hong Kong understands that the Diversity List can serve as an opportunity to provide the voice of change needed for a more expansive and inclusive dialogue and better collaboration between the communities. Angela also recognises that thanks to the initiative minorities are now serving on a range of government advisory boards covering poverty, mental health, racial harmony, human resources planning, etc.

For the foundation, choosing nominees was not difficult or challenging, Shalini Mahtani proudly says, adding that she personally was amazed at the sheer number of talented ethnic minority women in HK.

Selected on the basis of various personal and professional attributes, the nominees are role models with a strong commitment to the upliftment of the minorities in HK, as is evident by their work in various fields. What surprised Mahtani was the number of women who want to focus on mental health. With an incredibly disruptive and difficult year behind us and a challenging year ahead of us, mental health for both men and women needs to be a point of focus for individuals, companies, and corporations. Angela rightly says, “With families at home, stress can lead to increased conflict and violence particularly toward women and children. Due to gender inequalities, the pressure on women and girls is even greater. For students, a lack of devices, parental education gaps, and limited space make learning-from-home more challenging. It’s no wonder mental health issues are on the rise and yet marginalised ethnic minorities don’t have the financial means, access, awareness, or time to safeguard their health and wellbeing.”

Despite Hong Kong’s inclusive communities, there is a lot of work to be done to incorporate minorities, (some who have lived here for generations) into the government’s decision-making platforms.

Language seems to be one of the most significant barriers for the minorities, many of whom “understand only around 70% of what is being taught in class”, informs Ritu, a former teacher. She suggests the government “implement an intensive Chinese-as-a-second-language curriculum, address negative stereotypes to foster cultural sensitivity and combat racism, and lower the Chinese language requirements for certain government jobs to give EMs a fair chance in life.” Mehvesh, who has chosen HK as her home, feels that the city is not as keen to adopt minorities as they are to adopt it. “The ‘ex-pat vs local’ distinction is deep-rooted. As an EM Hong Kong citizen, I’m “othered” into the “foreigner” category far too often”, she says.

Angela recognises her EM family’s hard-won battles to give her a promising future, and is, in turn, keen to address the challenges that marginalized minorities currently face. The lack of “safe and appropriate housing, education, healthcare, career opportunities, uplifting support networks, and mental wellbeing services” needs to be corrected, she adds. Resham, a proud HKSAR citizen despite not being fluent in Cantonese, speaks of the positive acknowledgements she receives from the locals. Integrating herself into their culture and making an effort to get to know their language better has brought her acceptance.

Inclusiveness, equality, and acceptance are big words and even bigger targets to achieve. It is a good thing then that they are in 24 incredibly capable and competent hands. Our best wishes to them all.

About the above four nominees:
Angela Kaur Baura is an award-winning content writer, communications strategist, digital marketing consultant and freelance journalist. She wants to use her skills to encourage positive change and equality for all. “My work centres around storytelling to empower vulnerable and at-risk individuals while educating the wider community to step up and be supportive”. Click here to see her introduction video.

Mehvesh Mumtaz Ahmed is the Director of Research at Centre for Asian Philanthropy and Society (CAPS). She feels she would be an asset with “entities that use business operations to meet a social or environmental need”.  She would also love to contribute to Youth Development areas and “serve young people and facilitate ways they can contribute to the city.” Click here to see her introduction video.

Ritu Hemnani is an author, teacher, TEDx speaker and voice actor who promotes inclusiveness and diversity in her writing and storytelling presentations. She would be happy to serve on any “educational, family-based, women-empowering and/or health and wellbeing inspired government advisory board. These include the Committee on the Promotion of Racial Harmony (CPRH), The Equal Opportunities Commission, (EOC), the Committee on Mental Health and the Commission on Children. Click here to see her introduction video.

Resham Premchand is a remarkably skilled teacher in international schools in Asia, and specialises in teacher professional development. Her expertise lies in curriculum development and language in education. Resham suggests the Education department would be the most suitable for her. However, she believes serving in any government advisory board and considers it an honour and a privilege. Click here to see her introduction video.