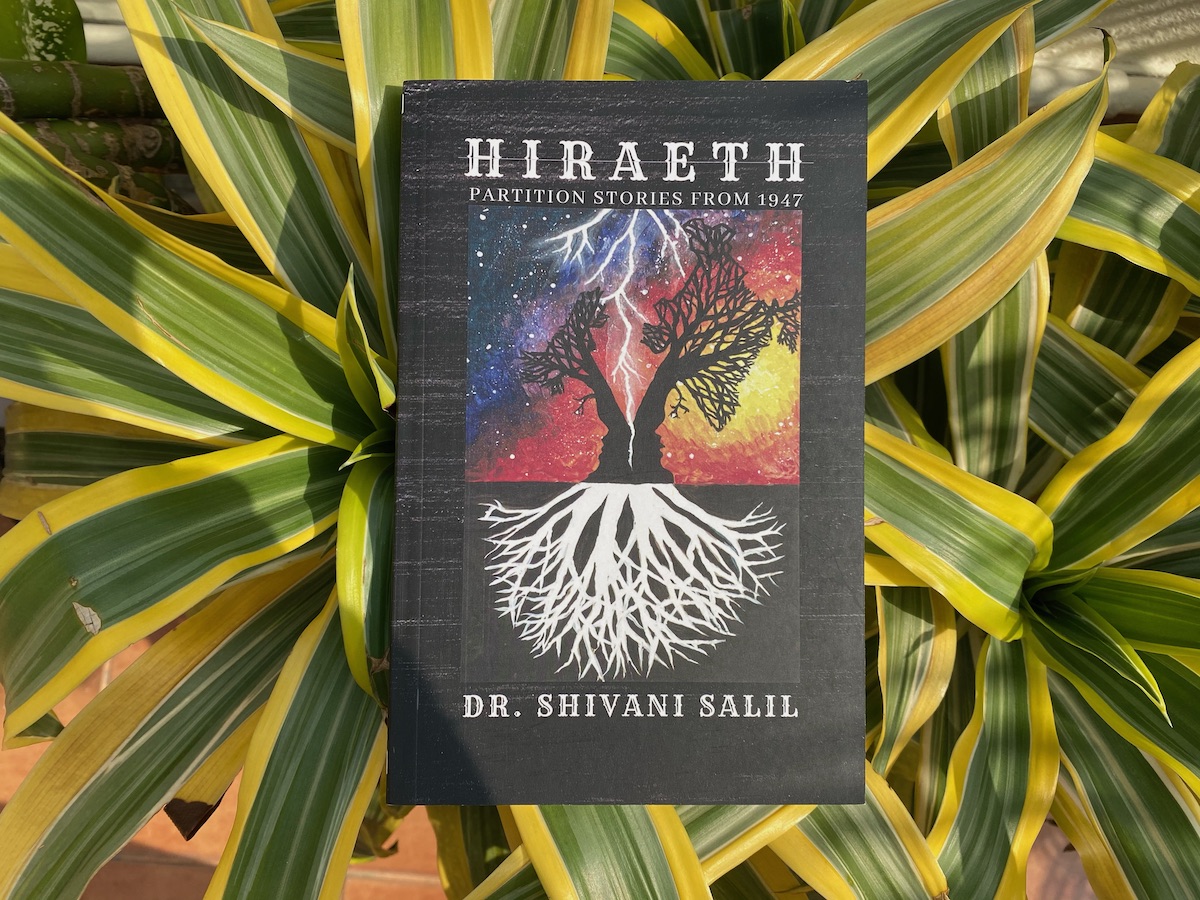 “Hiraeth, Partition stories from 1947” is a compilation of 24 short stories from across both borders about the events surrounding India’s Partition. Written by Dr Shivani Salil, a microbiologist and doctor by profession, the stories give the reader a personal account of tragedy, loss, courage, love and most of all, humanity. Coming from a family of refugees who were displaced during partition, she grew up listening to such tales and they had a lasting impact on her. For her, this book is her legacy to her daughter and family. “It is a tribute to the spirit of refugees, on both sides of the border, and is a celebration of their spirit, hard work and resilience.”

We sat with Shivani to get to know her better and ask a few questions about her journey while writing this wonderful book.

Why did you decide to write about Partition?
Writing happened to me per chance. I was happily living my dream of being a doctor when one fine day, in a moment of frustration, I wrote my first blog. Once my thoughts found an outlet, there was no looking back. In March 2019, a blogging challenge caught my attention. The idea was to write 26 posts, A to Z, Monday to Saturday, every day of April. I signed up for it and when a friend asked me if I had a theme in mind, I just blurted out- I can write 26 short stories around partition. The silence on the other end didn’t deter me then but later when I realised what I had gotten myself into is when I understood it. When the blogs became popular, I was compelled to make a book out of it.

Also, our generation was the last one to interact with the partition survivors and if we don’t put it down for the record, these accounts would be lost forever. I want to speak for them today so that my daughter, nieces and nephews, the coming generations know that it was much more than just a history chapter of their books. They have a lot to learn from the resilience of the partition survivors. They should know how to get up after a fall, dust it away and do what needs to be done and most of all I want them to feel proud of their roots.

My grandparents had to leave their home, live in refugee camps, start their life from scratch and slog so we could have better opportunities. They ensured that their daughters could be financially independent at a time when woman empowerment wasn’t such an in thing. They never complained about the unfairness of their lives, which is so unlike us and they never talked about it. I often wish they did. It would have definitely helped us connect with them and more than that we wouldn’t have taken our privileges for granted.

What was the research process like?
With my daughter at school and husband at work, I was with my thoughts. A lot of stories that had been long archived in my memory, tumbled out. While growing up, these stories were everywhere. They would keep popping up every time my grandparents, uncles and aunts were around and then they were relegated to some corner of the subconscious mind waiting for the day I would retrieve them. I started writing the skeletons of the stories as they came. I often consulted my parents and my mom’s older brother who was born in Pakistan. I relied a lot on Google because I realised that there were so many gaps and no one knew how to fill them because that generation is almost gone. The part on India was still doable but for Pakistan, I had to look for train routes, markets and streets that existed 70 years ago. It wasn’t easy and I’m sure my search history gave my husband quite a bit of heartburn.

From all the people you interviewed, what stood out the most for you about them?
There weren’t many to interview but I did make a lot of them cry when they revisited their memories. What stood out? I realised that it wasn’t just my family but most families never talked about partition. Also, my general perception is that the generation that suffered, my grandparents’— they gathered their lives and whatever was left of it and moved on. The next generation, my parents’— they seem much more bitter about it despite the fact that quite a few were not even born then.

Any moments from the interview process that had a big impact on you?
More than the interviews during the writing, I think it’s the experience of meeting a few after the book was released. My oldest reader is ninety and I got to hear her remarkable story — a Parsi family split by partition. My youngest readers are teenagers who have sent me lovely videos telling me how they felt after reading it. The book has brought me a lot of love.

Which authors do you enjoy reading?
I am a huge fan of Amrita Pritam and Saadat Hassan Manto. Besides these two it would be Jhumpa Lahiri, Erich Segal…there are so many more. I have always felt that we don’t choose books but they choose us. The right one comes to us when we are ready for it.

Your favourite genre to read?
Realistic fiction and Autobiographies. I don’t have the stomach for horror.

Any plans for another book?
Dreams of another book, yes. Plans… nothing concrete. As they say, you need an immense amount of knowledge to know the level of your ignorance. MFA has brought in that realisation that I have to work hard, very hard. Now I need to see if I am up to it.

What would you like for your readers to take away from your book?
There is a specific reason that I wrote stories from both sides of the border. Pain is the common denominator for all those who crossed the borders in the wake of partition carrying with them whatever they could manage. The two countries are still reeling from the hostility, suspicion and violence that followed.

We should talk about it because I firmly believe that the farther back you can look, the farther forward you are likely to see. If we do not learn from the mistakes of the past, we keep repeating them and often end up with similar and sometimes even worse consequences.

When you read the book, please ask yourself:
What would you do if you were told you had minutes to leave your home?
What would you take, what would you be thinking?
And as you struggle for the answers you might be able to connect better with our ancestors —the ones who moved across the newly created borders in 1947 and ended up as refugees in a foreign land with a yearning for a home they could never return to.

And finally, how do you take your coffee?
I love coffee but I can’t have it black. A stronger version of cappuccino works well for me. A few days ago, I had one with orange undertones and zest added to it. Don’t judge me but I loved it.

Dr. Shivani Salil Shinde is the author of “Hiraeth”, an anthology with 24 stories written around the partition of India, that was selected among the Top 100 Debut Novels for the year 2019-20 by Literatureslight & Criticspace Literary Journal.   She was also awarded the Literoma Naari Samman 2020 award for literature. She has a Master’s in Fine Arts (creative writing) from HKU. Shivani writes on a broad spectrum of issues, from parenting to health and relationships to philosophy across various platforms like Momspresso, Women’s Web, Mumbai Psychiatry Clinic, The Daily Brunch and SheThePeople. She also has a weekly space on the online portal, The Wonder Women World, called Saturdays With Shivani where she tries to connect with her day-to-day observations, experiences and musings hoping that they find their way to the readers.