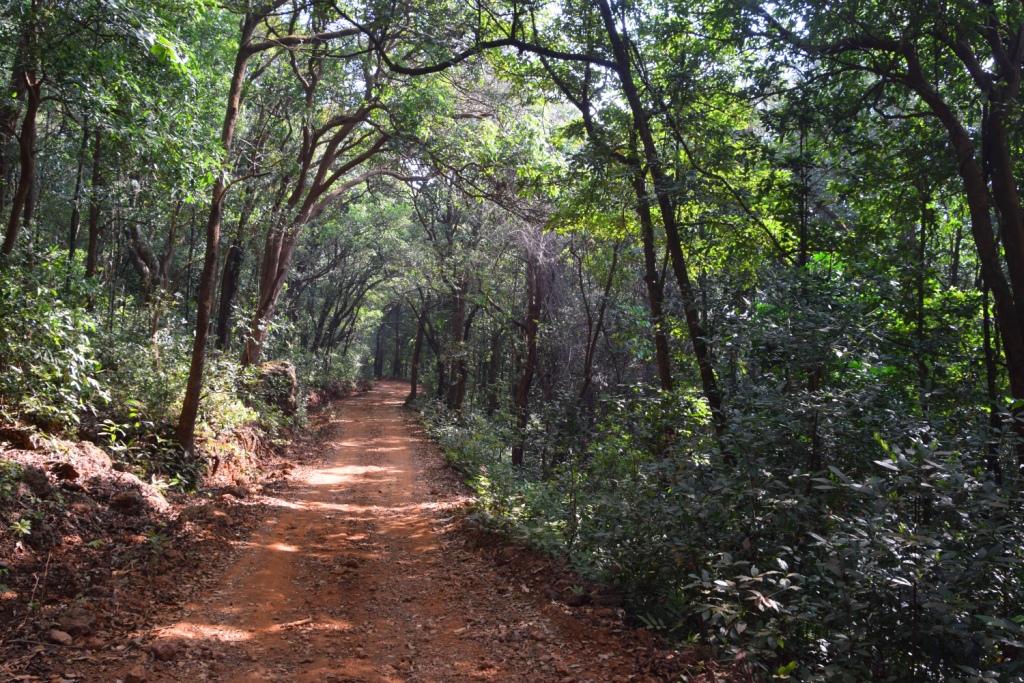 For us rookies who were still in the ‘tourist’ stage of travelling, Jim Corbett (the park, not the legend) had been very disappointing. While on an elephant safari early in the morning, the main guide of the cavalcade had unexpectedly shushed us all. “Sshhh, hear something?” he asked us excitedly, as the mahouts on cue reined in the elephants to a sudden halt. We froze on the howdahs, our ears alert. The only things moving were a few pairs of eyes darting all over, the elephants’ flapping ears and swishing tails, some birds that dared to flit overhead, and the leaves that trembled nonchalantly. After a few moments of imagining the appearance of the striped beast — with all kinds of spine-tingling thoughts flitting across our minds, like would it suddenly spring up or crouch as it approaches us; would any of us get mauled; or will the elephants bolt out of nervousness — came the rude anti-climax. “Tch, tch, nothing. Chalo (let’s go),” the guide said casually.

That was probably the closest we got to a tiger in Corbett unless vividly imagining spotting one counts. Of course, the chital and the spotted deer tried to compensate, but unsuccessfully. Sariska was even worse as we didn’t spot any animal or rare bird at all. Dudhwa had been another let-down. After all, for how long can you be consoled with sightings of ‘fresh’ pug marks on the ground, tiger scratchings on tree trunks, and the high probability of a sighting based on the density of the animal population?

Kaziranga spotlighted another problem. Travelling hundreds of miles, switching from a plane to a car and finally to a jeep, we arrived at the place we so wanted to be in, only to encounter a bunch of raucous tourists. Filling three jeeps, the party comprising all age groups was hooting, howling and generally creating a ruckus befitting the proverbial fish market. After staving off our patience for a bit, we turned to them: “You understand this is a wildlife park?” we asked as firmly and as politely as we could. Neither the firmness nor the politeness worked as the rowdy bunch took our question to be a cue to cackle even louder. Drat the convoy system, because our afternoon of looked-forward-to-jungle-safari turned into a farewell song to its residents.

It was not until Ranthambore that we realised that nothing could please us. While on a canter safari we finally met our majestic friend. Except, it did not look majestic at all but drugged, as though in some kind of stupor. As about a hundred tourists packed in three canters clicked away furiously — some calling out to it, a few aiming things at it, yet others mindlessly using their camera flash — the poor thing lay still in its torpor. Perhaps, it was accustomed to such verbal and visual assaults or it was just traumatised. The experience left us feeling much worse than the non-sightings.

So, did we miss the larger picture? Probably, as much as we had missed the smaller, salient points. A jungle safari is not just about sighting an animal, it’s about the thrill of knowing you share space with the said animal. It’s not about the call of the beast but about the anticipation. It’s not about the conquest but the anticipation. Yes, the bait of an animal sighting is irresistible but that is not the only thing that qualifies a jungle trip as successful. What about the landscape and the beauty? And the excitement, the palpitations in the dark? Doesn’t the serene atmosphere count? The tall trees and elephant grass that change hue with the dipping sun, the birds’ nests and beehives, the anthills? What, indeed, about the smaller unheralded creatures — wild fowls, pheasants, rodents, toads and lizards, mongoose? The early-morning dewdrops, the cobwebs, the bees and the spiders? And the strange symphony of sounds — croaks, calls, whistles — that the insects, birds, mammals and reptiles join in?

Perhaps we have matured or maybe we have learnt our lesson. You could even call it by the term du jour: Wokeness. Regardless of where our sentiments are coming from, we have pledged never again to take either an elephant safari or a joyride on buggies steered by emaciated horses/mules; we’ll not visit any place where a beast is thrashed or used for activities it is not meant for. Now when we plan a trip to the jungle, we try to book ourselves into a rest house inside, not a resort on the periphery. That way, we may not experience luxury but at least we get the full spectrum of the forest experience. The Japanese have a phrase for it: Shirin yoku. Forest bathing. It’s about delighting in the five senses of sight, sound, smell, taste and touch, and going beyond to awaken the sixth sense. We switch off from the world we otherwise inhabit and embrace the green universe that is still beautiful, still organic, still soothing, still just. And we aspire to a higher realm of awakening. Just being in the jungle, away from the madding crowd, and savouring every sound and sight is an experience in itself. The animal counts but so does the beast of curiosity and adventure inside of you. Let that roar.