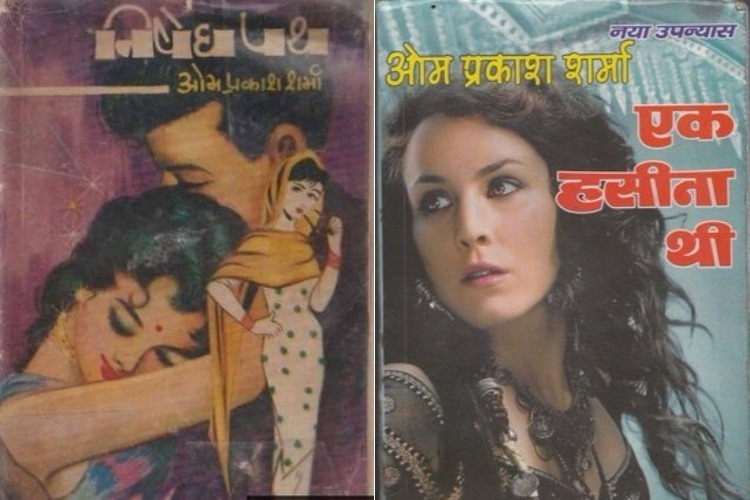 There’s no hanky-panky involved in contracting piles, a painful medical condition. However, when you’re 11 and on the tantalising cusp of unravelling the mysteries of adulthood, bawaseer, the Hindi word for piles, has an unmistakable naughty connotation — almost like a dirty secret that needs to be hushed. Its halo for a pubescent kid is exaggerated further by its notable juxtaposition: somewhere alongside that tingly phrase ‘sex samasyaein’ (sexual issues), sheeghra patan (premature ejaculation), and gupt rog (venereal disease). Since I only knew — vaguely, mind you —  the three-letter word, the rest too appeared sleazy by association. Even the miserable piles.

Years before ‘sex education’ was introduced in our schools as a formal subject, Indian Railways was inadvertently doing the job; more specifically, A.H. Wheeler book stalls. With one eye genuinely hunting for Competition Success Reviews and Jane Eyres/Great Expectations, I’d surreptitiously use my peripheral vision to spy film magazines like Stardust (which always had a ‘Red Hot’ something or the other on the cover) and Star & Style. However, the semi-erotic Hindi novels displayed all around — secured with clips overhead and seductively gaping from cabinets at the back — were the ones that were most appealing. With puzzling yet titillating titles like Do Takey Ki Aurat, Sauteli Bhabhi and Jaadu Ki Pudiya (those titles have been invented by me in an attempt to authentically replicate the prurience and drama of the originals), they had lasciviously kitschy covers featuring half-clad women with different depths of decolletage, a man or sometimes two, a pistol certainly, and occasionally a cigarette with its smoke gliding upwards up in rings. I intuitively knew that those were not meant for my consumption but were strictly ‘adult’ in content, thereby magnifying their charm manifold. One day, I’d tell myself, I’ll discover their contents.

Until then, there was another source of wonderment and enlightenment. As obscure villages and satellite towns swept past us, I’d look out of the rambling train’s second-class sleeper compartment’s window, my forehead pressed against its bars as if that’d give me a more expansive view, and haltingly read the Devanagari that seemed to have been hurriedly scribbled on wall after crumbling wall of decrepit houses, ramshackle shops and just-about-standing pillars (“handwriting sudharo, improve your handwriting,” daddy would’ve admonished). Who knew what the risque-sounding bawaseer meant? I didn’t even know that happiness came too soon to some men and ‘diluted’ the joyous climactic experience. All I knew was that I couldn’t ask my family what it all meant because those words seemed salacious. To be completely truthful, what I really, really cared to know about was the identity of that very important national figure who provided the pills for all ills. No matter where you were, Bhatapara or Barabanki, that man was omnipresent and apparently omnipotent.

While P.C. Sarkar may have been the ace magician who could saw a lady’s torso in half and return her to a living state of intactness, it was Bangali Baba who was a nonpareil genius. He could take care of everything. Everything. Guarantee ke saath, he promised no less. And not just sheeghra patan, bawaseer and gupt rog but the entire gamut of conditions that curses a man or a woman, who knew— to a life of lonely solitude, it would seem. He could ensure you get mann-chaha pyaar (the love of your desire) and souten se chhutkara (ridding the Other Woman). He would use vashikaran (hypnotism) and  jaadu-tona (black magic). He could cure you of napunsakta (impotence; a word, like bawaseer, that was alien but thrilling to me).

There was also a miraculous place called Sablok Clinic that promised succour in complete privacy. However, it was Bangali Baba and his all-encompassing powers that intrigued me. Where and who exactly was he? As blurry fields, ploughing farmers, dry river beds, waving children, narrow streams, low hills, and industrious cattle whizzed past my window, I’d lose myself to visions of a hulky man snapping his fingers to cure all the hopeless things that apparently happened to some folks.

And so, aged 11, with dreams of a perfect life ahead of me, I’d let my vision wander with discreet sideward glances at the alluring world of adult fiction beckoning at the stations, and succumb to the senseless luxury of imagining Bangali Baba’s extraordinary powers in the speeding train. Then, interlude over, I’d get back to improving my English vocabulary with objective-type questions in Competition Success Review with a massive piece of teacake in my hand. Didn’t Bangali Baba himself challenge in his ads, “Bhatko chahe jidhar, kaam hoga idhar; wander wherever, it’s here that your work will get done”? Evidently I knew where my priorities and kaam (work) lay: In learning that was of the more healthy variety. In any case, by the time I’d be done ravaging the cake, I’d forget everything and return to being 11 where bawaseer and gupt rog were meaningless words that were never to be uttered and Bangali Baba was just an elusive, shadowy figure.