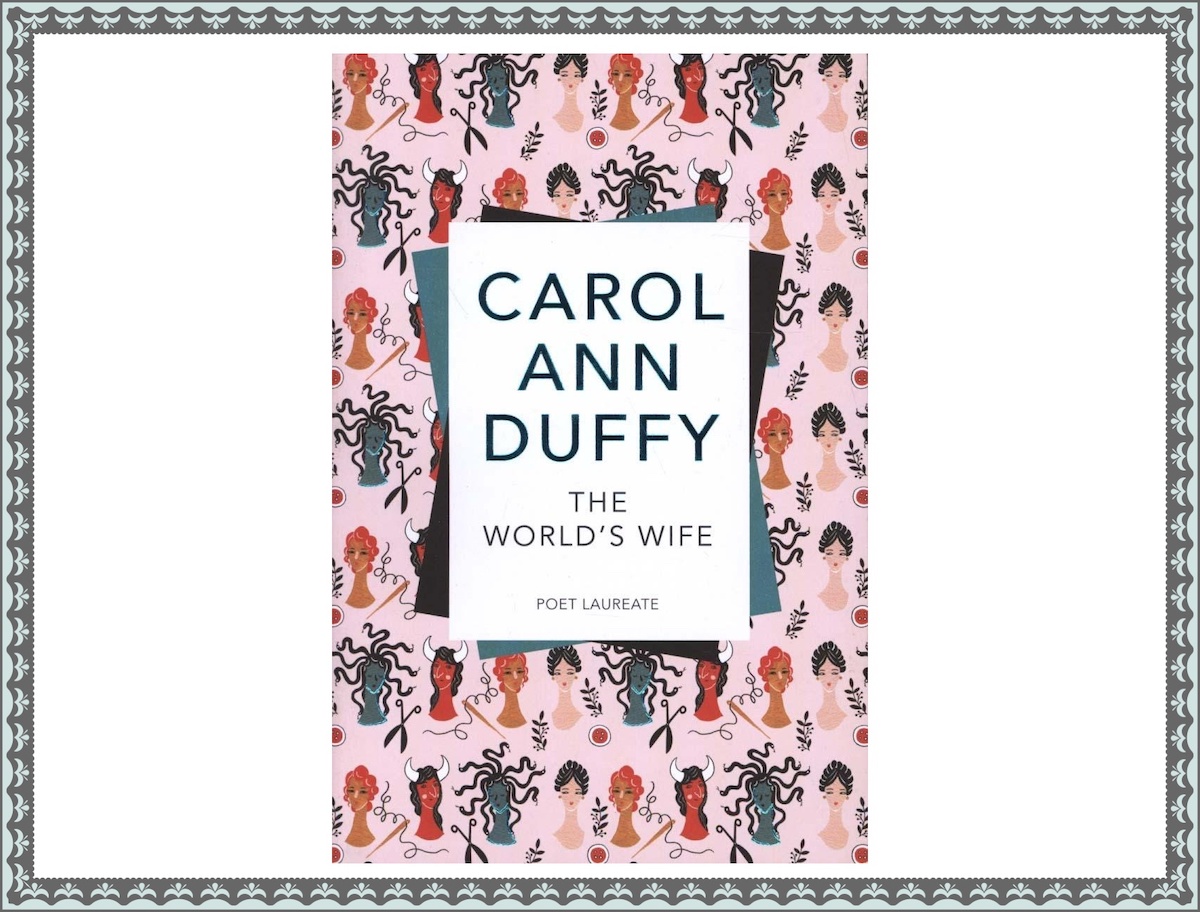 Adyant Dagur reviews the book The World’s Wife by Carol Ann Duffy. A compilation of 30 poems, throughout the book Duffy manipulates and retells famous fictional and mythological tales, such as Medusa, Mrs. Aesop, Queen Kong, and Little Red Cap, but subverts the patriarchal societal expectations of women enforced in the original tellings. Through her deviations from the original plot, Duffy creates communication between contemporary feminism and patriarchal society. Duffy disagrees with the culture in the prior stories, myths, fairy tales, where women are portrayed as socially inferior and are controlled by men, instead she pushes the narrative that women should empower themselves through their sexuality and artistic voice to challenge the patriarchal institutions of relationships.

In each poem, Duffy consistently encourages readers to challenge the traditional roles and norms within broader societal systems of gender and power. The tone of the book varies with light-hearted poems, such as Mrs. Darwin that are more playful compared to poems like Little Red Cap, which explore darker themes of power imbalance and female empowerment. The poems in the book are beautifully written and have a coherent theme making it a good read for those who are passionate about feminism and poetry.

I’m currently a senior at West Island School, Hong Kong and will be going to the University of Chicago to study economics