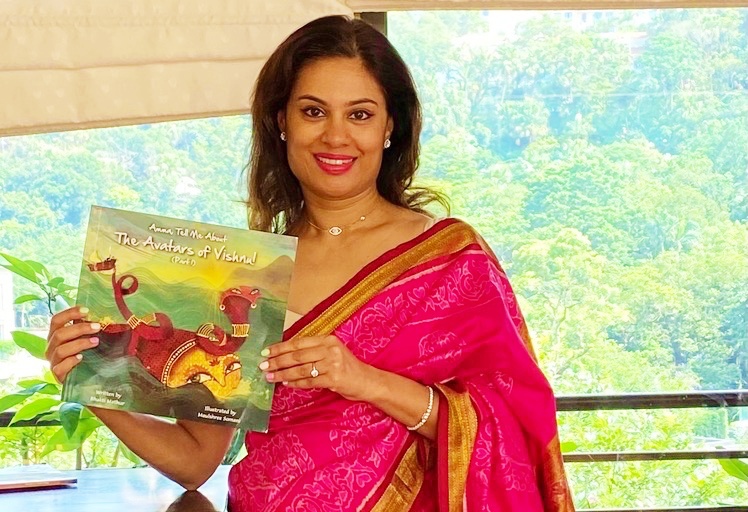 Bhakti Mathur, author of the Amma Tell Me and Amma Take Me series has recently launched her new book ‘The Avatars of Vishnu!’.  The 13th book in the Amma Tell me Series and overall, her 17th, it takes Bhakti’s beloved protagonists Klaka and Kiki on yet another adventure through a story telling session with their ‘Amma’. Written in rhyme and prose, the book dwells on the various avatars of Lord Vishnu, and more specifically his Matsya (fish) avatar. It is beautifully illustrated with wonderful imagery to capture every kid (and adult’s) imagination.
We sat with the author to talk about her new book and more.

Author Feature: Kavita Kané
A Ray of Sun
In Conversation With Nadia Hashimi