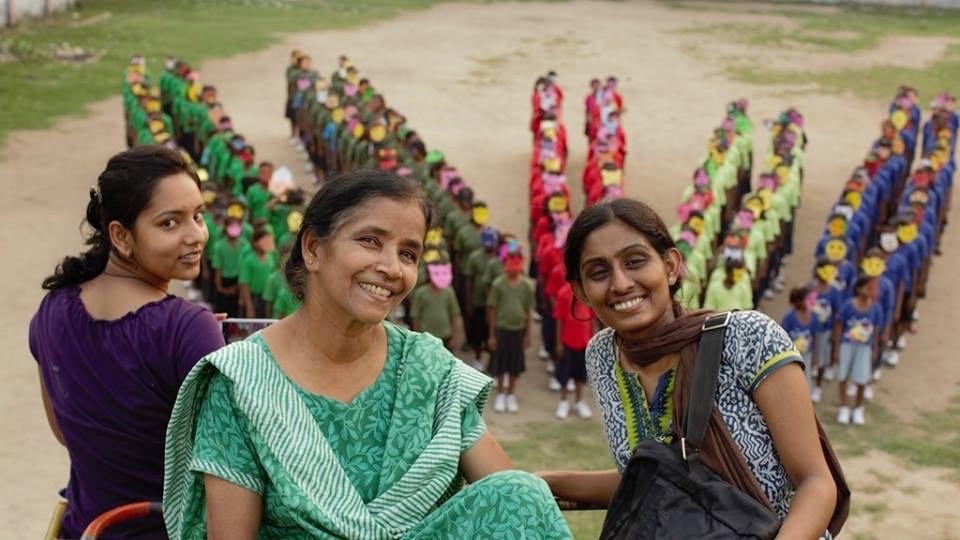 “All their lives, they are told, ‘You are the last.
You are the least. You do not deserve to have.’
They learn very fast to keep quiet, don’t expect changes
– and don’t ask for more.”
– Sudha Varghese, The Marginalised (1990).

Mission Musahars
“I have lived a thousand lives and died a hundred deaths in these 45 years with the Musahars (rat catchers) in Bihar. Since I met them in 1977, this tribal community even today sits on one of the Dalit’s lowest rungs. Having faced decades of societal exclusion, their living conditions amid squalor and filth, I’m sad to say, remain the same, or even worse since the pandemic. They follow the maxim ‘Earn today, eat today,’ introduces Padma Shri recipient, Sudha Varghese, and adds about the fourth highest civilian award, “Such honours as this one in 2006, are because of the Musahar people. If they had not accepted me, I would not have been able to do what I am doing.”

“I remember my first visit to the Musahar village, a deliberate distance segregating them from other communities as they lacked self-esteem. Poor and marginalised, most were landless, unskilled and underpaid bonded labourers for farming landlords. I felt they deserved my life, love and service the most,” said Sudha plunging into a long, arduous journey of upliftment, including giving up her job at the ‘big school’.

Going back in time, Sudha, born in 1949 to an upper-middle-class family in Kerala, left home in 1964 and joined the Patna Province of Sisters of Notre Dame. Upon receiving her teacher’s training, she taught at what she remembers as “big schools and children from rich families, which did not satisfy my search”.

Malayalam- and English-speaking Sudha’s initial hurdle was Bihar’s Hindi-speaking language barrier. Overcoming that soon, she started her mission with a two-pronged approach – first, to educate the Musahar girls; and secondly, to inculcate the rights of the community. They faced court cases and were cheated by middlemen for boundary disputes of land which none of them owned! To save them from this menace, Sudha studied law. The Musahar women believed getting raped was their destiny, as there were numerous assaults by the upper-caste Yadav men, mainly under the influence of alcohol. For her activism, Sudha got death threats from the intimidating community. But she continued her battle, aided by women who had been victimised.

Nari Gunjan – The Voice of Women
Under the umbrella of Nari Gunjan, since 1987, Sudha and her team have brought revolutionary changes by coordinating multilayered activities such as education, advocacy, and welfare.

Knowing education being integral for removing them from the quagmire they were steeped in, Sudha moved to Asopur village under Danapur Block which had a concentration of Musahars. Going door-to-door, she convinced mostly unschooled or school dropout girls, to go back to school and to look beyond their social deprivations. Women were taught about reproductive health, nutrition, cleanliness, sanitation, and small savings initiatives.

“Initially, being unaware about the evils of the caste system, prevalent illegal child marriages, and immense poverty in Bihar, I also faced death threats. During the last five decades, realisation has dawned that I can’t be afraid of losing my life to some goons who don’t own my life. God has given me this life – this became my resolution to move forward,” Sudha affirms.

Concrete work started by Sudha in 2001, with 40 Kishori Kendras opening pan-Bihar, each housing 40 teenage girls. The first milestone was the Residential School for Mahadalit Girls in 2006. Presently about 250 students reside in hostels at Danapur and Bodhgaya. Prerana (literally, inspiration), started in a building described as a ‘half public latrine and half water-buffalo shed’ on the outskirts of Danapur.

In 2012, Chief Minister of Bihar, Mr. Nitish Kumar asked Sudha to replicate the model and allocated resources to open another Prerana at Gaya. Nari Gunjan has since expanded to 80 educational centers, going beyond Patna to Bihta, Danapur, Punpun, Phulwari, and Naubatpur.

Each school is non-denominational and also includes calisthenics and art programs. After receiving a basic education, the students are sent to mainstream government schools for higher certified education. So far, over 2,500 girls have continued their education at various levels. Still, a long road ahead where the literacy rate for the Musahars is still an abysmal 1% among women.

The Alcohol Ban in 2016 discontinued the Musahars’ income from brewing country liquor. Under Sudha’s leadership, Nari Gunjan stepped in and turned it into a golden opportunity for the landless Musahar women.

“Initiating them into farming on 2-1/2 bighas of leased land which we bought for Rs. 30,000, and in kitchen gardens, the women soon became bread earners with onion cultivation giving them highest returns. Subsequently, some of these ‘new’ farmers bought land from their savings and today, proudly are landlords themselves. Simra Musahar tola (village) presently has 35 women farmers. An upgraded lifestyle means their children moving from government schools into private schools which the parents can now afford. This shows their path of progress,” affirms Sudha.

During the lockdown, online teaching has been difficult as many girls did not have smartphones. Some worked, earned money, and bought their own phones. With students of Classes 6 to 9 returning to the hostel soon, Sudha will know how many are continuing their education.

Confronting Corona
“The pandemic has scattered the lives of these highly vulnerable Musahars. They still have no work and no sustainable livelihood, nor any government schemes to support them. Their conditions remain precarious.

According to Sudha, “Food insecurity and economic hardships in rural Bihar continue. Even in such situations, the Public Distribution System has not fairly provided ration to our people. Instead of Midday meals, an equivalent amount was to be remitted to children below six years and pregnant and lactating women. Over 90% have not received any money. Under MANREGA’s employment guarantee scheme, very few people got jobs but were paid only half daily wages amounting Rs. 150/- each.

“During 2020, seeing the extent of poverty and hunger, we requested Oxfam for help. They provided 500 ration kits of 37 kgs. each. The Rotary Club of Patna provided 350 ration packets; Jagori Rural Charitable Trust, Himachal Pradesh, gave Rs. 50,000/- for rations. The Rotary International’s substantial donation was shared as rations and as utility kits in other Musahar Tolas.

“Our concern continues about the spread of covid in congested tolas with inadequate water and electricity supply, jobs and education. Wearing of mask is not totally followed because they believe their strong immunity system is because of the food they eat – many still survive on rats, snails and other waterborne species – and the country liquor they brew and consume.”

Summing up, the Founder says, “In retrospection, my biggest award came when the Musahar people built a hut for me in their village. That was the turning point in my life. I found a new meaning and much satisfaction as a person, as a woman in my commitment to the poorest of the poor.”

“Going forward, I tell them, ‘Get educated, secure even a small job and continue to work hard for a better future. This is the only solution. A day will come when the sun will shine on us too!” Sudha Varghese signs off optimistically.

27 thoughts on “The Socially Excluded”