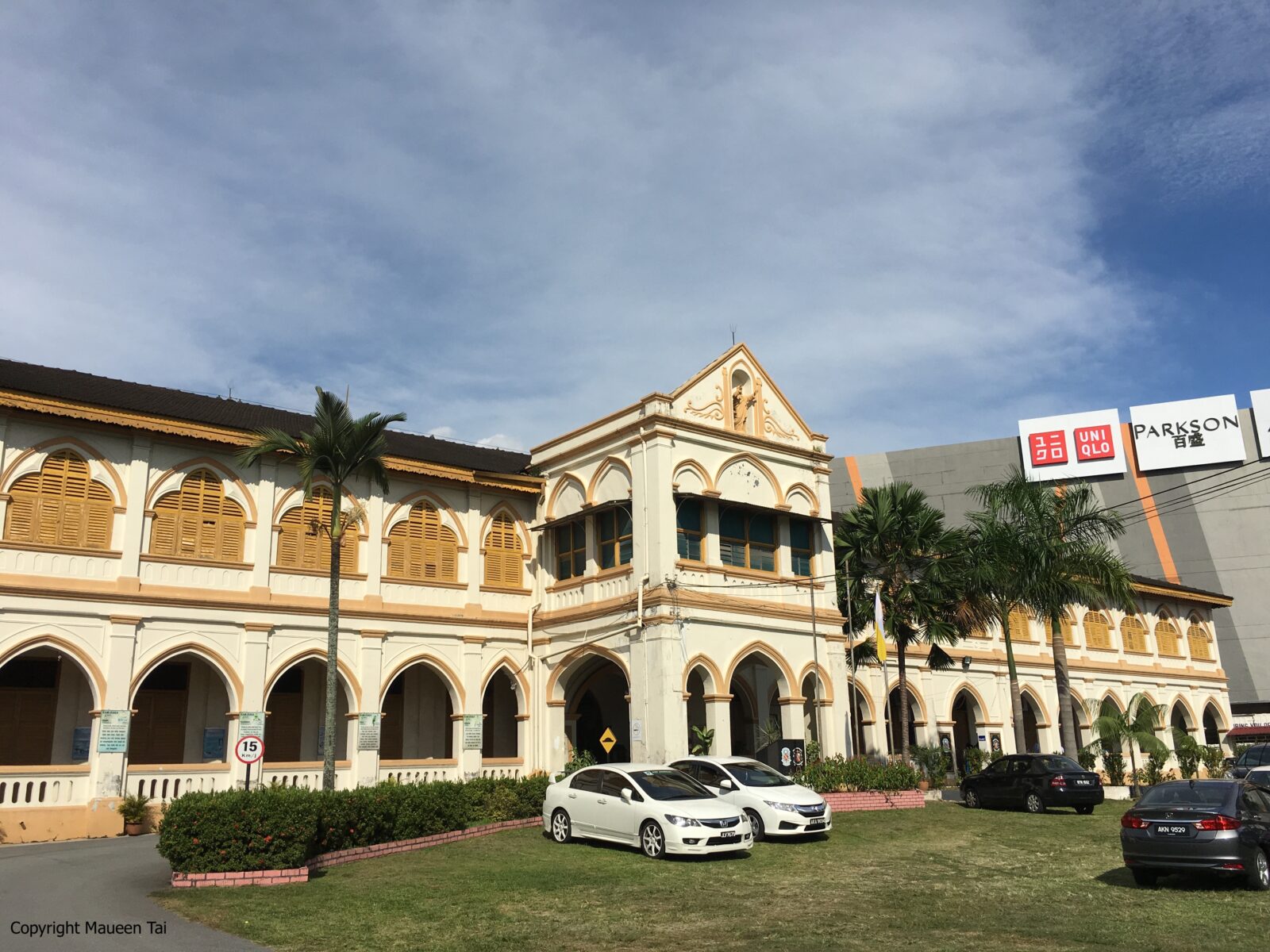 Recently, I found out, the old-fashioned way – from my mum – that the pandemic had claimed another victim. After almost half a century of selling books, newspapers, magazines, stationery, and all manner of odds and sods in a small neighbourhood in Malaysia, Ariff Store was closing down. For good.

The news nudged my mind, unfettered by travel restrictions, on a wander to my hometown. Ipoh in the ’80s. It was, in retrospect, an idyllic childhood. My family was comfortable enough that we could afford to have A&W burgers and root beer on the odd Friday night. However, we weren’t rich, so I could only dream of a Sony Walkman or a Raleigh bicycle. Nevertheless, I don’t recall wanting for much. My parents loved me unconditionally, and I tested them sufficiently as a teenager to confirm this. My relatives lived apart but close enough for our families to see each other often, but not too often. I had friends, some of who drifted in and out of my orbit, but a core group remained constant over the years, becoming an indispensable part of my constellation. I had a few teachers who were inspiring and transformational. Looking back, my school life was marred only by the stresses around the two national exams and, caught in the maelstrom of hormonal changes, the lack of interaction opportunities with members of the opposite sex (yes, I was a convent schoolgirl).

I wasn’t blind to the racial differences around me. I coveted the lush, curling eyelashes of my Punjabi classmates. I loved the floaty, glittery saris worn by my Indian teachers, my eyes always flitting surreptitiously to that area of exposed mid-drift that seemed so taboo to a conservative Chinese girl like me. I longed to ditch my constrictive pinafore and wear the airy baju kurung like my Malay friends. At school, I made the sign of the cross at the foot of the stone statue of Jesus as his gentle eyes looked pleadingly skyward. At home, I followed my mother to the temple and offered smoking joss sticks to staring, red-faced deities. I spoke Bahasa, Cantonese, English, a few Hindi words. I ate murukku, nasi ulam and taufufa. I sang to Whitney Houston, Sheila Majid and Leslie Cheung. I read Enid Blyton, Kuntum, and Lao Fu Tze comics. A cornucopia of sounds, colours, flavours, and scents imbued my youth with boundless energy and hopeful optimism.

The rules back then were pretty simple too. For example. Rule One: if you ran fast enough, you represented your school in the 100 meters. Rule Two: if you stopped watching tv and listening to Casey Kasem’s American Top Forty and worked like a demon, you aced your exams. Rule Three: if you liked to argue (and you had a crush on the opposing school’s dreamy first speaker, and yes, this was me), you joined the debating team. Rule Four: if you were bosomy and went braless to school, you became infamous in the neighbouring boys’ school, and the most whispered about in your own (and no, this was not me).

My parents had scrimped and saved for as long as I could remember so that I could pursue one of the Holy Triumvirate of Professions: medicine, law or accounting. I had known for some time that my options for study in a local university were limited regardless of the number of A’s that I collected (and I managed a decent few, because, well, see above Rule Two). Nevertheless, life as I knew it came to a screeching halt at the end of secondary school. It was a rude awakening. I left my family, my friends, and my country for higher education overseas. In those pre-Internet, coin phone days, it was very much a journey into the mists. I was terrified.

Poor planning on my part left me with a law degree that was not recognised in Malaysia, and massive accumulated student debt extended my voluntary exile as I chased promising opportunity after opportunity in foreign lands. Fast forward to three decades later. All these years, I had lived, worked and raised children outside of Malaysia; in Japan, Canada, England, and Hong Kong. Compared to my 18-year-old self, I had become tougher, more thoughtful, less forgiving, more aware, less fearful, more compassionate, and less selfish.

So, each year, at least once a year (at least until the pandemic hit), I make a pilgrimage to Malaysia, the country of my childhood, and the only place that I can truly call home. The Japanese have a word for it: satogaeri. “Returning to the family home.” Thankfully, my constellation is still largely intact. My parents continue to love me unconditionally, and I do test them occasionally to check that this is still the case. They are still there: my extended family, my best friends, even the few beloved teachers with whom I keep in regular touch. The Indian kacang putih seller affectionately known as Wong Fei Hung, now corpulent and rheumy-eyed, chatters away in Cantonese as he sets up his cart outside the Ipoh Garden Maybank, as he has done for over 30 years. My convent school still stands, proudly cracked and crumbling, next to a sprawling mall, and the feet of chattering schoolgirls run up and down its stairs, their voices echoing in the halls. Ipoh still has the best hor fun in Malaysia.

It helps that I’ve never worked in Malaysia, never adulted in this Neverland of mine. I can ignore the political circus and other systemic dysfunctions that have mired the country for decades, and, with just a hint of guilt, don rose-coloured glasses for the few weeks that I spend there, every year. “This land, so beautiful,” as Francesca Peter once sang, is the only place where I can retrace the steps I once made when my feet were light and unburdened, where I can attempt to reclaim some of the guileless wonders of my younger self.

It remains to be seen what will happen when the stars in my constellation peter out, as they inevitably will. Ariff Store, where as teens, we’d gingerly leaf through unaffordable copies of Tiger Beat, is gone, and my heart is fractured.

Maureen S.Y. Tai is an emerging writer who aspires to write for children. After spending most of her childhood and youth in Malaysia, she has lived and/or worked in Japan, Canada, the UK, and her current home, Hong Kong. Maureen’s creative works have been published by Cha: An Asian Literary Journal , the Asian American Writers’ Workshop, Oxford University Press, and in other anthologies in Hong Kong and Singapore. Together with her children, she writes children’s book reviews at www.storiesthatstaywithus.com.

10 thoughts on “Home, A Place to Remember”