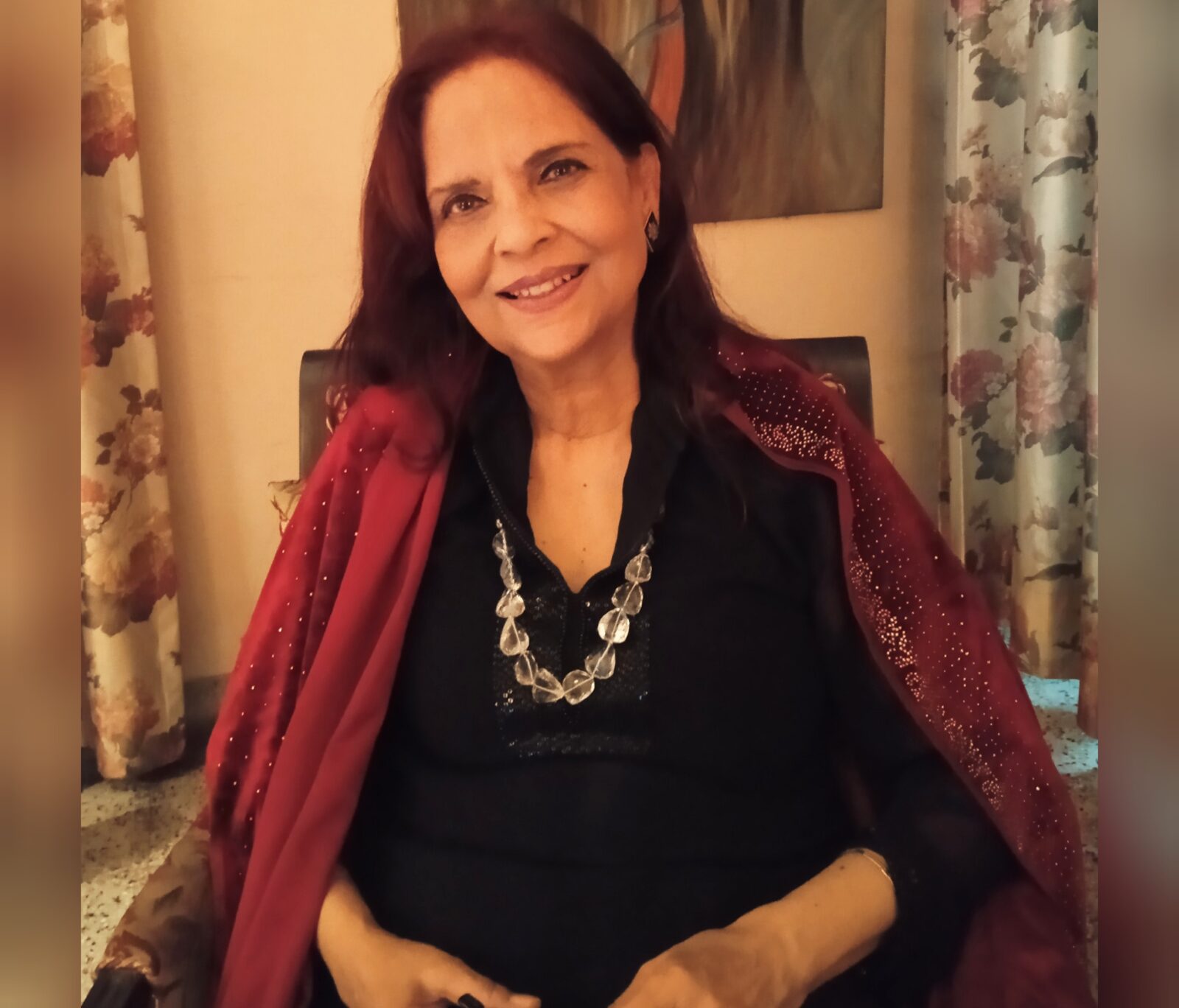 Ipsita Roy-Chakraverti and I met for an interview in early-1977 in (then Calcutta) Kolkata. A slim, strikingly attractive, affable 27-year-old with alluring hazel eyes, she related exciting experiences – and anticipation of an uncertain future in her country. Returning home after four-years of training which inducted her as the first Indian and 75th member at the Society for the Study of Ancient Cultures and Civilizations in Canada, her article appeared in the erstwhile foremost women’s magazine Eve’s Weekly.

Now 45 years later I contacted her again – her prompt, encouraging response resulted in Ipsita telling me her story – till where she is standing tall in her profession today.

“Very few people get to be legends in their lifetimes. It was my destiny to be one,” she introduces, and continues, “thinking back to the Chalet in the Laurentians in Quebec, Canada where it all began, I marvel at my life’s journey. Fate’s pattern was woven into my life perhaps even before I can consciously remember. Carlotta, my own Teacher, Karen, Margaret, the others who taught me at the Chalet, they were from another time, another life.”

In the 1980s Ipsita introduced the knowledge and reality of Wicca to India due to “a burning need. The scenario was of innocent women being called ‘daayans’ and killed. Abuse of women, illicit activities and barbaric practices ruthlessly carried out in the garb of magic makers, the supernatural and even religion, preying on the superstition of our masses. Another lobby was politicians hand-in-hand with goons and mafia.”

The other ‘victim’ was the supernatural craft of Wicca being misused for lucrative business by vested lobbies. It benefited them to perpetuate the dark and false myths around the subject. Taking on both lobbies, Ipsita brought forth an understanding of the superstition around Wicca and shattered misconceptions by improving the work environment in public services.

“Seeing through the flim-flam colouring their perception, women challenged their tormentors. Today, when I speak, the world listens – simply, because it has to, and I have no false modesty about it,” she stresses.

Working with the People

“Simultaneously, I presented alternate Wiccan healing. Using non-invasive techniques, healing for a range of physical and psychological cases came by my touch upon pulse points and my gaze. Soon my weekly ‘clinics’ drew kilometre-long queues. People needed to experience this maligned craft and helped to enhance my Wiccan experience. Not looking to continue as a healer, I discontinued after three years,” she relates.

In 2000 this Wiccan’s pathbreaking autobiographical ‘The Beloved Witch’ was released, revealing witchcraft’s beauty and its mystery. “Witches are generally perceived as ugly old hags shunned by society. I was a total antithesis – a highly educated, good looking aristocrat from Bengal, with one foot abroad and one here. Despite having penned other books like ‘Beloved Witch Returns’ and ‘The Voice of the Priestess’, my first book earned me the title of India’s Beloved Witch.”

Numerous candid talks at UN establishments, embassies, corporate organisations and colleges in India, garnered further admiration. Among praise from abroad was the pre-pandemic London Senate House’s conference on ‘Ipsita, the Beloved Witch and the Wiccan Movement in India’.

Many stories from two of her books, ‘Sacred Evil’ and ‘Spirits I Have Known’ have been featured as successful series on the supernatural in ETV Bangla. For the big screen, Sahara One made a feature film ‘Sacred Evil – A True Story with hazel-eyed actor Sarika playing Ipsita. Reveals the Wiccan, “I taught Sarika some of the Wiccan ways, and affirm she is the only actress who has done justice to a portrayal of an onscreen Wiccan.”

“Wicca was institutionalised in 2006 and Wiccan Brigade born. A clamour of people joined Wicca, the first feminist movement in history breaking this taboo subject to understand the supernatural – and to be ‘Ipsita’ – to get my strength, my looks– and yes, my arrogance! Having been a torchbearer myself, understandably Wiccan Brigade is a trailblazer. We were the first in India to delve into serious study of the esoteric and start psychic investigations and bring to light the Orb phenomenon – a form of spirit manifestation. My teams visited haunted and spooky places with our own senses and the aid of magnetometers and compasses. During expeditions to the 16th century Bhangarh Fort in Rajasthan, and similarly, at an old hotel in Orissa, and a megalith site in Meghalaya, among others, we captured startling results on multiple cameras,” she details.

Ipsita follows a gurukul system where Wiccan Brigade students absorb knowledge beyond their books, and from the attitude and the presence of the Wiccan Teacher. “I inculcated questing minds to observe both sides of an argument and values and ethics of an older time. It’s imperative to be versed in the orthodox and the unorthodox to comprehend the unexplained. In each student, I look for an inherent sensitivity, a spark, that indefinable quality. Moreover, Wiccans are acknowledged for their dignity and elegance”

“After the pandemic, I have become more reclusive, only doing online programs and teaching virtually. However, success has a flip side. Having personally experienced that, I look upon it with a pinch of humour. Increasingly everyone wants to meet me, even willing to sit silently before me, believing my presence can solve their problems. Tarot readers, reiki healers, angel therapists and New Agers claim to be Wiccans, and to my utter horror, “Ma’am’s students”. Because of verification calls about my ‘students’, I discovered the extent of the “Ma’am’s student” syndrome!” she laughs and asserts, “Wicca stands alone by itself.”

Moving to her personal life, she reveals, “my husband Joyanta, passed away in 2008. My daughter Deepta, now 43, and I live together, dividing our time between London and Kolkata. A qualified Mathematics Honours from Delhi and a lawyer from King’s College, London, I am happy to see she is following the Wiccan path too”.

“Progressively, I want my own time and space for research and study. I cherish my privacy. Today, I am Wicca and Wicca is me,” concludes India’s Beloved Witch.”

After studying and practicing homeopathy for 10 years, Amita Sarwal changed career paths. Since 1973 she has been writing on lifestyle, personalities, architecture, interiors and travel.
While in Singapore, with Editions Didier Millet she was Editor for pictorial encyclopedias, books and magazines.
Her personal milestone continues to be The Spirit of SKV – Chronicle of a Girls’ School, written to mark the Golden Jubilee (2006) of her alma mater, Scindia Kanya Vidyalaya, Gwalior.
To showcase the exemplary work being done by Changemakers / Unsung Heroes, Amita now focuses on writing about how they are elevating lives of the underprivileged.

Raj Bhog
Sexual Violence: How India Is Failing Its Women
North Korea: Hope In A Country Without Gods