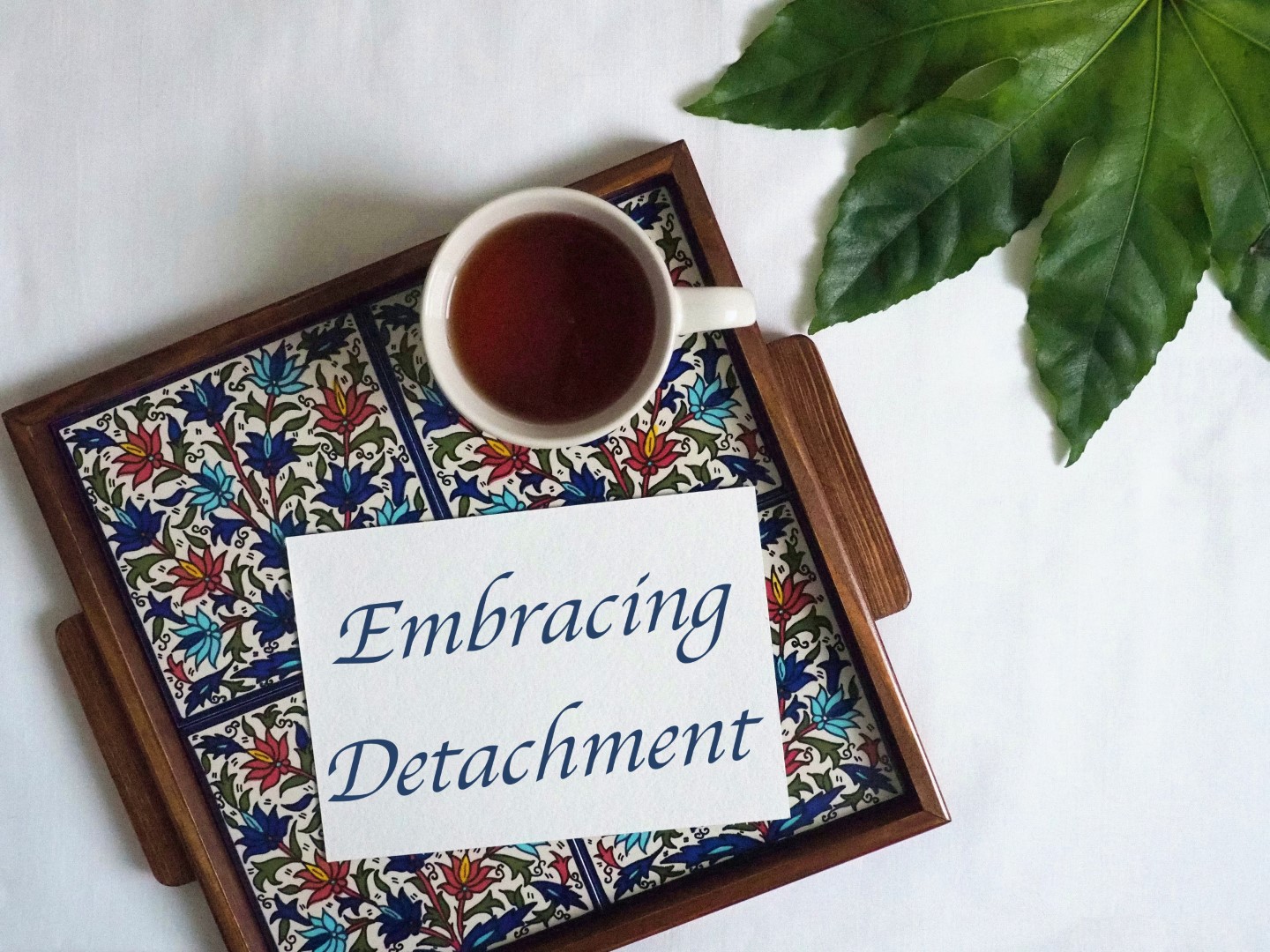 For me, detachment always meant not caring enough or removing oneself from a thing or a person altogether. The word existed in black and white, and I never realised that it came with multiple shades of grey until recently.

From Buddha to Jay Shetty, to poet William Blake, all have spoken about detachment, but perhaps ʿAlī ibn Abī Ṭālib said it best hundreds of years ago when he wrote, “Detachment is not that you should own nothing, but that nothing should own you.” You might find the question absurd if I ask you who or what owns you? Looking through different areas in your life, you will find yourself ‘owned’, ‘controlled’, ‘strongly influenced’ and ‘greatly impacted’ by many people and things. ‘Attachment’ can take many forms, and these are just some of the words we use to describe it.

Very recently, I found myself (yet again) overwhelmed by events happening around the world, and as a result, I let my emotions overpower my sensibilities on many occasions. After India’s second Covid wave, Afghanistan’s takeover by the Taliban saw my emotions and tensions run high, a sentiment I’m sure I share with millions around the globe. I decided at the time to start a fundraiser for helping women in Afghanistan along with a few of my entrepreneurial friends and colleagues.

During the first 2 weeks, I mentally and physically exhausted myself trying to raise funds and get my local community involved. A lot of my mental exhaustion came from trying to convince people to donate, given the uncertainty of the situation in Afghanistan, many were sceptical. I was completely convinced about our cause, and so were a few of my friends and colleagues, but to have more people join us was a lot tougher than I imagined. It was week three that finally took its toll on my physical and mental health. I was unable to sleep at night and was constantly frustrated at what I thought was a lack on my part to do an important job well. I felt disappointed, and I will admit quite desperate in my attempts to get more people to donate. It wasn’t just about feeling personally responsible for the fundraiser. What it represented for me was my ability to make a difference in the lives of these Afghan women who desperately need help.

To sum it up, the expectations I had were not being met. I will tell you now that all these feelings were brought upon entirely by myself. It took multiple conversations with a couple of friends to make me realise how wrong my thought process was. I got so ‘attached’ to the outcome of the fundraiser and felt disappointed in the numbers we raised, that it made me blind to how much we were able to accomplish. I was so focused on “I know we can do more” that I forgot to be grateful for “What we have done.”

A few questions came to my mind as I learned about embracing detachment. Are we less committed or less passionate about our work if we remain ‘detached’? Does a sense of detachment mean working at 50% capacity? Is it possible to give it all without giving all of yourself?

In looking for answers, here is what I’ve learnt about attachment and detachment through my experience –

Attachment to a person/thing/mission should always be grounded within healthy boundaries – very simply said, healthy boundaries are those that you establish to make sure you are mentally and physically well. Be it in a relationship, work or even a small task.

Attachment should not get obsessive – that goes for every area in your life. We’ve all seen movies about obsessive love, and those never end well! Being obsessive about work, exercise, food, basically anything, is detrimental to one’s physical and mental health.

Attachment to anything does not mean you are defined by that alone. When a person/task/mission becomes a significant part of your identity, at the risk of your self-esteem and at the risk of you side-lining everything (or everyone) else in your life, you know it’s time to embrace detachment.

Detachment absolutely means setting healthy boundaries for yourself in every relationship, your work and other areas of your life.

Detachment means putting yourself first. Your physical and mental health before anyone else’s. We’ve all heard the phrase, “You can’t pour from an empty cup.” I’ll admit I’ve had to learn this multiple times in my life, almost always when I’m at the edge of a burnout. Over attachment to anything is a sure way of ’emptying your cup’. Even mothers of newborns focusing every minute of their day on caring for their babies have to look after themselves.

Embracing detachment means not letting one thing or one person be the bearer of all your happiness. It means not attaching yourself to the outcome of a process, relationship or job, and simply doing the work to the best of your ability.

The Bhagwat Geeta talks of detachment in a wonderful way, when Lord Krishna tells Arjuna that “acting with detachment means doing the right thing for its own sake, because it needs to be done, without worrying about success or failure.”

As for my work with the current fundraiser – it’s still on even after a month. I’ve decided not to put a time limit on it; with no deadlines to meet or a final monetary figure to reach, the pressure isn’t there. Maybe what we raised so far is the extent of what our involvement is meant to be for now. We have managed to raise a significant number of funds and from what I hear, there has been a ripple effect with people donating from around the world after hearing about our fundraiser. For me, the work will continue in many ways, and this time without losing any sleep or over obsessing about the outcome (at least, I hope so).